This is the most popular social influencer in the world, followed by over 100 million subscribers. He comes from Sweden and regularly entertains the world with his blog posts, YouTube videos, Instagram Stories, Facebook and Twitter posts. Sometimes he is criticized because of posting insensitive and controversial content on his channels, but he still has a regular and large base of millions followers. Besides that, he is earning a lot of money from his channels and recently has launched his own outfit line.

Another highly popular social influencer that has started making videos on Vine, then transferred to YouTube and now is active on all social media outlets that exist. He evenly distributes his content on all platforms and maintains large audiences that check what he has to say. His content is humorous, funny and attractive, which is why it regularly attracts millions of unique visitors. He creates great social content, but he also occasionally crosses the line with insensitive posts. Probably that is what attracts more visitors to his channels. Besides being an online personality, Logan Paul is also a television actor and has a few other interests as well.

This social influencer is an avid video game player. He has a highly popular and attractive gaming channel where he plays games and shares his humorous expertise. He is a very entertaining influencer that regularly posts different type of content. He mostly uses YouTube, but has been active on his personal blog and other social media channels as well. On his blog he mostly writes about his personal life and his everyday activities. His unique humour and entertaining personality is what made him highly influential in the internet world in the recent years.

Lele Pons is a very interesting personality that managed to grow her audience to over 14 million people in the last year alone. This beauty of Venezuelan-American descent often uses comedy in her content, sharing funny skits, fashion advice and photos with her friends. She has even appeared in TV shows, music videos and movies, has written a book, and is now starting career in music industry.

Zoella is a blogger that primarily writes blog posts about fashion and beauty. Her fashion blog is one of the most popular online, with millions of visitors coming to it every day. Besides sharing beauty tips and promoting fashion items, Zoella has teamed up with other social influencers in creating helpful videos for her fans and subscribers. You can view her nude snapchats by looking at her snapchat nudes via social username exchange forums. In her blogs she also discuses mental health issues and problems with anxiety, so many people can relate to her problems. Her honest and open approach is what makes her very popular in the online world, so check her blog and see what she has to share. 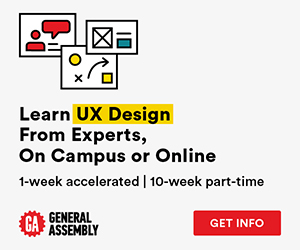